As a homeschooling family, we can turn anything into a school assignment. Even a request for a pet. We just never expected the assignment to turn into a lesson on grieving the loss of a pet. Let me share the story of how my son met his first pet, a stick bug. And how his pet became a school assignment.

“Daddy, that stick is moving!”

“Hmm.  Maybe the wind is blowing it, Bubba.”

There on our yard’s faucet lies a moving stick.  We couldn’t believe it.  We had to do a double-take!

Have you ever seen a bug that looks like a stick or a twig?  Only in books?  Yeah, same here…

Our eldest, O, saw it first and pointed it out.  We didn’t believe him at first (I know, bad parents), but when he wouldn’t budge, we took a closer look.  There it was, a bug… that looks like a stick.  We tried to shoo the bug away but he stayed put.  So we did what any parent of boys would do.  We gave O a plastic container to catch his first bug, who became his first pet.  He named him… Mr. Stickbug aka Mr. Sticky.

It was really cute to see O’s excitement.  He was in love.  Seriously.  He said he’s “in love with Mr. Stickbug”.  He decorated his new pet’s plastic container home with grass, leaves, and a little stick.  We even looked up what to feed him.  Take a guess at what a stick bug eats…  you guessed it… LEAVES!

I’m not a fan of bugs, but I couldn’t resist O’s request to keep him as a pet.  Especially after he promised to take care of it.  A thought came to mind.  This bug can play multiple roles.  He’ll be a pet and (BONUS) a school assignment for O!

We began our research.  We learned that these bugs are actually called stick insects.  They are predominantly nocturnal insects.  They like grassy areas, where they feed on leaves. During the day, they are usually motionless if they are not hidden under plants.  So our little guy must’ve been lost because we came across him in broad daylight, hanging out on our faucet.  Maybe he was thirsty???

We also learned that he must’ve tried to escape a predator because he was missing a limb.  According to National Geographic, many of these bugs will shed a limb to escape a dangerous situation and pretend to be dead.

So now O has a pet to call his own.  He reads to Mr. Stickbug, feeds him leaves, and takes him out to the sun for some “vitamin D – to help boost his immune system”.  He even blows him good night kisses and adds him to his nightly prayers.  He tried to bathe him once, but I told him Mr. Stickbug is like a cat.  He doesn’t like baths.

Mr. Stickbug had a very active lifestyle with us.  He even went with us on a road trip, joined us at parties, and met the rest of our (local) family.  Grandpa even helped O upgrade Mr. Stickbug’s home to a bigger plastic container.  He even added more “furniture” for his little friend.  Mr. Stickbug really came up!  He was living the life no other stick insects have ever lived!

We now have to explain why things eventually die.  In the simplest terms, we told him God needed a stick bug to help make other kids in heaven feel better.  O loves helping other kids.  So this explanation worked out well for him. It made it easier for him to grieve the loss of his pet. His school assignment is taking an interesting turn of event. We did not plan for his grieving the loss of his pet to be a sad school assignment. But you plan and God plans for you.

The following morning, we laid Mr. Stickbug to rest in our backyard.  O helped his dad dig up Mr. Stickbug’s grave.  He placed a “tombstone” on his friend’s grave and said one last prayer for his friend.  O was bummed but understood that this world is temporary.

We discussed his feelings and gave him lots of hugs and kisses.  We discussed different ways of grieving the loss of a pet. We helped him document his experience of grieving the loss of a pet that became a school assignment. We reminded him he did the best he could for his pet.  He understood that God put Mr. Stickbug in his life to teach him about life.  Life is temporary.  Life is beautiful.  To God we belong, and to God we return.

This concludes our impromptu life lesson for O’s school assignment about grieving the loss of a pet.  It lasted a whole week.  He totally aced it.  He even gained extra credit when he visited Mr. Stickbug’s grave two weeks later.  He placed a flower on the grave to let Mr. Stickbug know he misses him. So proud of our little guy.

If you like what you read or benefit from my article, please subscribe and join me on this journey of simplifying parenthood while working full-time.  And don’t forget to share it with your friends and family.

Peace & Blessings to you all!

free goodies straight to your inbox 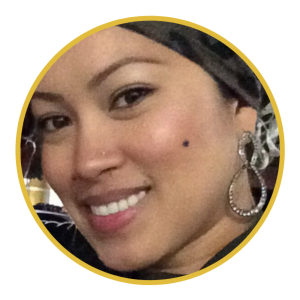 Mom to 3 busy boys. Wife to one lucky guy :) And nurse to some cute kids at work. Between working full-time, caring for my busy family, and homeschooling our boys, I rely on quick and easy meals, parenting hacks, and various tips to simplify motherhood. Read More...


“A person who loses a partner is called a widow.

To many, this is a bowl of crispy rice. To me, it

Ok #causeboxwinter21 you really outdid yourself!

“Wow Mama. That’s a lot of work to remove thos

Keeping it simple this year.
Slow & steady.
One da

Stay up to date with all the latest

“A person who loses a partner is called a widow.
To many, this is a bowl of crispy rice. To me, it
Ok #causeboxwinter21 you really outdid yourself!
“Wow Mama. That’s a lot of work to remove thos
Keeping it simple this year. Slow & steady. One da
🤕 It’s been a rough day. I needed to go to my
Veggie Soup - the easiest way to get my boys to ea
Something about ending the night with a cup of bla
We use cookies on our website to give you the most relevant experience by remembering your preferences and repeat visits. By clicking “Accept”, you consent to the use of ALL the cookies.
Cookie settingsACCEPT
Manage consent

This website uses cookies to improve your experience while you navigate through the website. Out of these, the cookies that are categorized as necessary are stored on your browser as they are essential for the working of basic functionalities of the website. We also use third-party cookies that help us analyze and understand how you use this website. These cookies will be stored in your browser only with your consent. You also have the option to opt-out of these cookies. But opting out of some of these cookies may affect your browsing experience.
Necessary Always Enabled

Any cookies that may not be particularly necessary for the website to function and is used specifically to collect user personal data via analytics, ads, other embedded contents are termed as non-necessary cookies. It is mandatory to procure user consent prior to running these cookies on your website.